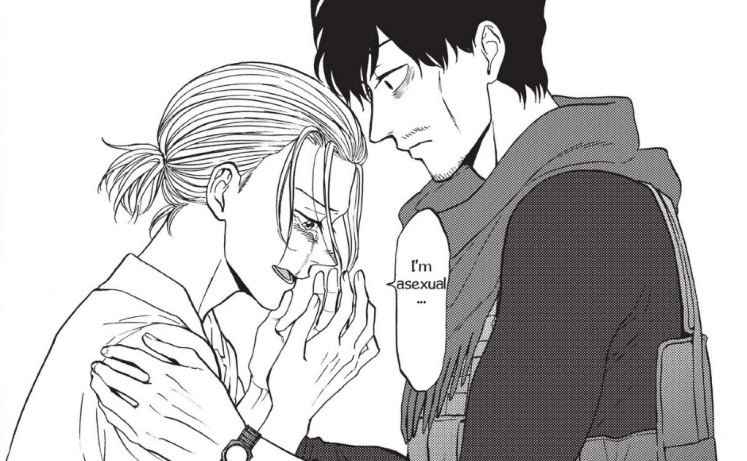 This post has been long overdue, as the convention panel it’s based on was first held at Kumoricon in October of 2018. The Asexuality in Manga and More panel is a collaboration between myself and Modulus, my aroace friend.

Our Dreams at Dusk: Shimanami Tasogare, the latest manga by openly asexual mangaka Yuhki Kamatani, is finally available in English! This is only one of many increases in visibility of Japanese asexual people and representations of asexual identity in Japanese media. Let’s take a took at the emergence of asexual and nonsexual characters in anime and manga, as well explorations of sexuality and relationships adjacent to asexuality in other titles.

The rest of this post contains discussion of sexual assault, anti-asexual and aromantic prejudice, and potential spoilers for all series mentioned.