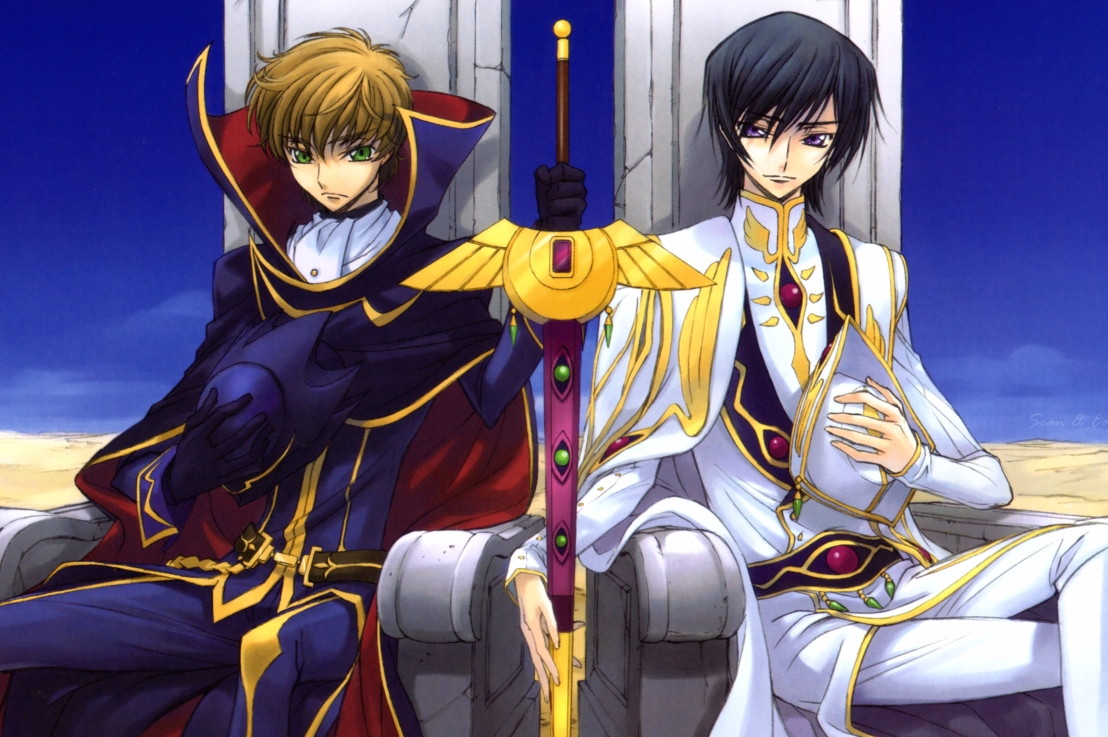 In many ways, 2017 is the year of Code Geass. The first season of the anime television series takes place in 2017 of the fictional Britannian imperial calendar, the real world Gregorian 2017 marks the tenth anniversary of the show, and a compilation film trilogy and the mysterious sequel Lelouch of the Resurrection were announced for 2017. It remains to be seen if the sequel will surface by the end of the year, but for now the series is back in print on DVD and blu-ray as well as streaming via Funimation or Crunchyroll.

To celebrate, Karleen and Malia are looking back on Code Geass together with a series of retrospective discussions. The anime follows Lelouch Lamperouge, a banished prince rebelling against his father’s empire as the masked terrorist “Zero.” Lelouch seeks revenge for negligence in causing his mother’s death as well as his sister’s paralysis and blindness. Granted the magical power of geass by a mystical stranger, Lelouch can make anyone follow his commands. In his way stands Suzaku Kururugi, his long-lost childhood friend who allies with the empire as a mech pilot despite being native to its Japanese colony. There’s also Arthurian allusions, high school hijinks, and of course Pizza Hut product placement. Let’s begin with the heart of the story: Lelouch and Suzaku. Expect major spoilers for the entire series!