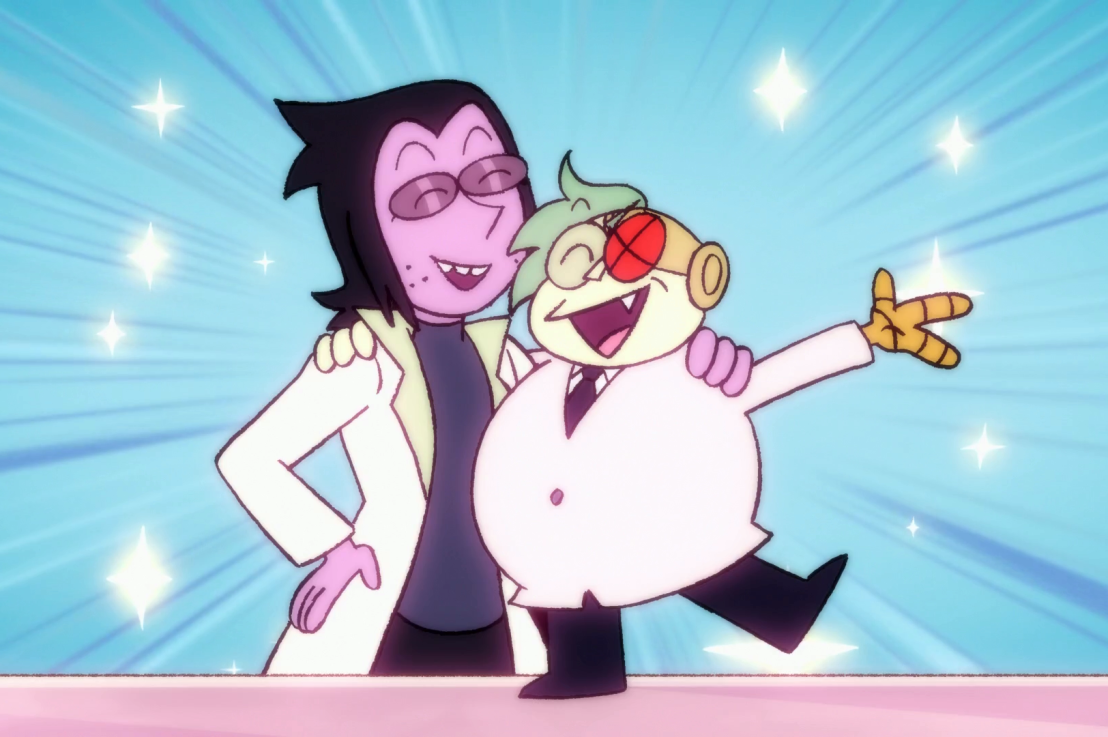 Over the last few years, the amount of confirmed LGBTQ characters in animated television aimed at children in the United States has significantly increased. Media for children has additional hoops to leap through when including LGBTQ characters, such as fear of “corrupting” children into queerness or exposing them to “sexual content” of same-gender relationships. We’re currently at a turning point between reliance on subtext for depiction of LGBTQ people (such as under the Hays Code) and more openness about LGBTQ topics, and all the complications that come with it.

OK K.O.! Let’s Be Heroes on Cartoon Network juggles straightforward representation with the more nebulous. As brief as it is, Enid is deliberately drawn riding vehicles with a bisexual pride sticker, the same one Rebecca Sugar used to come out in real life. Lord Boxman and Professor Venomous, the main antagonists of the series, come across as queer in another less direct way. Boxman seeks business partnerships with other supervillains of any gender, given the same weight and imagery as if they were romantic relationships. He eventually joins forces with Professor Venomous, who previously dated a woman. Together, Boxman and Venomous are ostensibly a same-gender couple under the bisexual umbrella. Showrunner Ian Jones-Quartey later confirmed via Twitter that Boxman is pansexual and Venomous is bisexual.

On paper, two major antagonists being queer(-coded) sounds unfortunately like yet another offensive stereotype in cartoons. However, the big picture is much more complex. OK K.O. has queer characters on both the hero and villain sides of Lakewood, and even that hero and villain divide becomes blurred.

The rest of this post contains major spoilers for OK K.O.! Let’s Be Heroes.