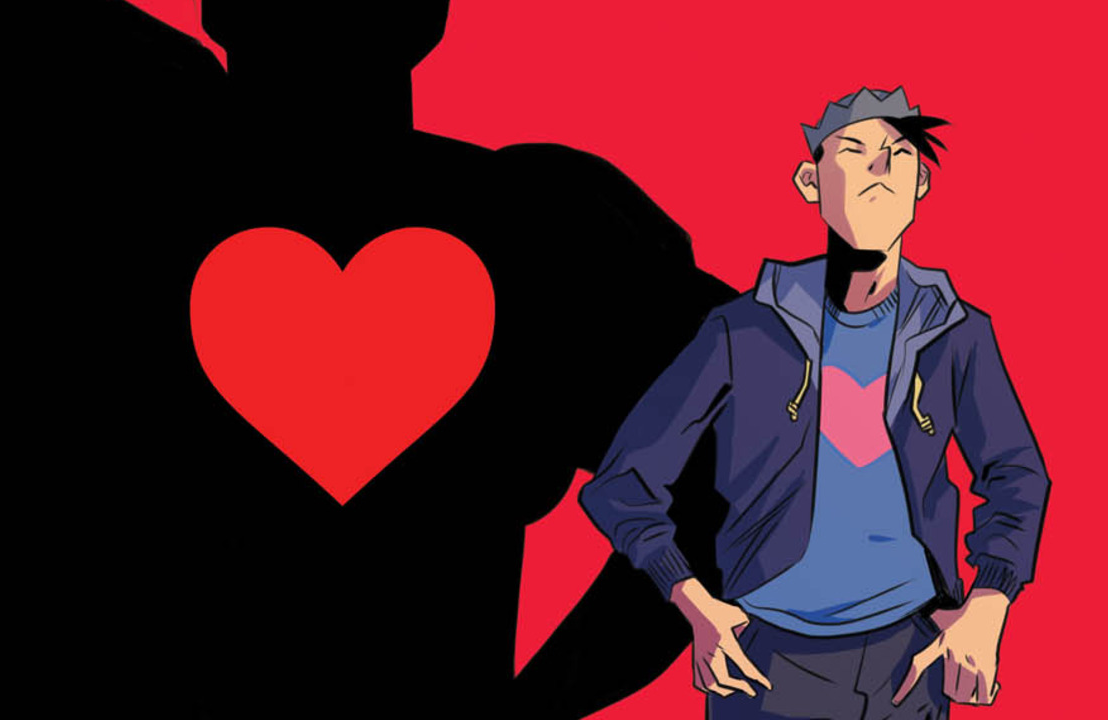 The release of Jughead #9 on September 7th is right around the corner. Before the issue introduces the comic’s new writer Ryan North, let’s look back at the first eight issues written by Chip Zdarsky and mostly illustrated by Erica Henderson. When the new Jughead series started in 2015, I had no idea how important it would end up being to me personally. I wasn’t even aware of its publication at the time. That all changed in February when various sites were reporting on the reveal in #4 that Jughead is asexual.

It’s kind of strange #4 got so much press considering Zdarsky described Jughead as asexual back in October of 2015 at New York Comic-Con. I wish I’d heard about it then! The creative decision is apparent in the series before Kevin calls him asexual in #4. In #1 Jughead says his heart belongs only to food, says he doesn’t like to be touched when Betty hugs him, and in #2 says he’s not into kissing when January tries to kiss him. It’s wonderfully organic by starting implicit and becoming explicit.

Of course it feels natural, since Jughead’s disinterest in romance has been a part of his character in Archie comics for decades. Zdarsky has said on Twitter that he writes Jughead as asexual with aromantic leanings. It makes sense his asexuality is approached regarding romance rather than sex since Archie comics are for all ages. The fact he and Henderson look at a character created in the 1940s, interpret him as identities coined in the 21st century, and depict him as such is inspiring to me. (It’s much more likable than Jughead as a misogynist too.) I’ve been interpreting fictional characters as asexual for years, the only difference being I’m not an industry professional.

And he’s a main character! Jughead shines as the lead in his solo series. I didn’t realize how happy a mainstream asexual character would make me until I experienced reading it, but there’s much more that makes him likable. As always he’s a laid-back weirdo who loves food. Zdarsky’s writing lends itself to his sarcastic and playful humor. This fun series was a great introduction to him as a writer for me. I also appreciate how plot obstacles like Jughead’s friends not believing in him about Stranger’s scheme were resolved within one issue rather than stressfully drawn out. More time for friendships and adventures.

Henderson’s amazing art captures how expressive and imaginative Jughead is too. The fantasy interludes are a highlight of the series, particularly how they change up the genre of the comic. After the resolution of the Stranger arc in #6, Derek Charm comes in to illustrate the last two issues written by Zdarsky. By that time I was buying each issue as soon as they came out. The change in art works well with the slight change in story. The mini-arc is more down-to-earth, with no dreams and a focus on Archie and Jughead’s relationship while out of Riverdale.

#8 stood out to me for addressing Jughead’s asexuality in a serious way for the first time. In #7 and #8 Jughead mocks Archie for how he obsesses over girls, not unlike a comment he makes in #4. (I feel like any superiority he expresses over being asexual is hyperbolic and an extension of his general self-importance.) In #8, Archie gets frustrated and responds he won’t “apologize for being a normal guy.” He’s clumsy with everything after all, even with words. Any friends can argue, but their tension is colored by their difference in sexual orientation. Jughead’s shock and anger was easy for me to understand. In the end the best friends reconcile by admitting their own faults, which is something everyone can learn from.

It was the perfect ending for me, someone introduced to the series thanks to Jughead being asexual. Zdarsky met his aim to represent asexual readers in a positive way as part of the wonderful run. It got me collecting individual issues of a comic series for the first time and interested in the long history of Archie. I trust Jughead in the hands of Ryan North and Derek Charm, but the first eight issues of the comic will always have a special place in my heart.

2 thoughts on “Farewell to Zdarsky and Henderson’s Jughead”